Dr Kostas Brooks is a Gastroenterologist, Hepatologist and Gastrointestinal endoscopist based in Sydney. After completing his studies at UNSW and attaining a BMed MD, he completed his internship & Basic Physician Training at Concord Repatriation General Hospital. Subsequently he has commenced his Advanced Training in Gastroenterology and Hepatology at Prince of Wales Hospital followed by subspecialty advanced endoscopy training at Bankstown-Lidcombe Hospital. He is a fellow of the Royal Australasian College of Physicians and certified by the Australian Conjoint Committee for the Recognition of Training in Gastrointestinal Endoscopy (CCRGE) for gastroscopy, colonoscopy, endoscopic ultrasound (EUS) and endoscopic retrograde cholangiopancreatography. He is currently a VMO and consultant at Bankstown-Lidcombe Hospital.

Dr Brooks has extensive experience and knowledge in hepatobiliary disease, becoming proficient in endoscopic ultrasound and ERCP in addition to management and endoscopic treatment of Barrett’s Oesophagus.

Whilst at Bankstown-Lidcombe hospital with exposure to Barrett’s oesophagus, he has engaged the GI Viral-Oncology group to pursue a PhD on the role of high-risk HPV in oesophageal adenocarcinoma and associated lymph nodes through the University of New South Wales. Additionally he is committed to education and has lectured and tutored medical students across multiple universities across Sydney and is a Conjoint Lecturer with the South Western Sydney Clinical School at the University of New South Wales. He has previously published in the Journal of Gastroenterology and presented at local and international conferences.

-Fellow of the Royal Australasian College of Physicians

You can make an appointment with Dr Kostas Brooks by calling or via HotDoc: 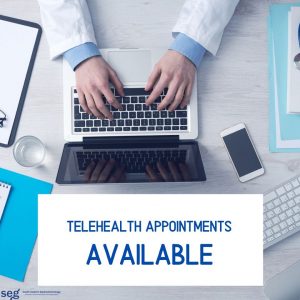 No need to put your medical appointments off because of the current Covid-19 climate. Our specialists are conducting all consultations via Telehealth (video/phone consult). Contact our office on 02 9398 0200 to book your appointment now. Click here to learn more!